Jurgen Klopp has confirmed that Jordan Henderson, Naby Keita and Joe Gomez are all fit to face Fulham in the Premier League.

Henderson and Keita both returned to training this week after missing several weeks of action with injuries.

The club captain hobbled off during the Reds’ 1-0 win over Huddersfield last month. Summer signing Keita hasn’t been seen since the goalless draw with Manchester City before the last international break, after picking up a hamstring injury while away with Guinea.

Now, Klopp is able to tweak his midfield with the pair returning, just in time to play the Premier League’s bottom club, Fulham, at Anfield on Sunday.

“When Jordan isn’t available, we always miss him,” Klopp said in his pre-match press conference at Melwood.

“I’d love to say Hendo would have changed the whole game against Red Star but the whole game was strange. Arsenal before that was an absolutely okay game.”

There were doubts over Joe Gomez’s fitness too, due to an achilles issue prior to the Reds’ Champions League defeat to Red Star Belgrade on Tuesday.

He started on the bench but was brought on at half-time to replace Trent Alexander-Arnold. 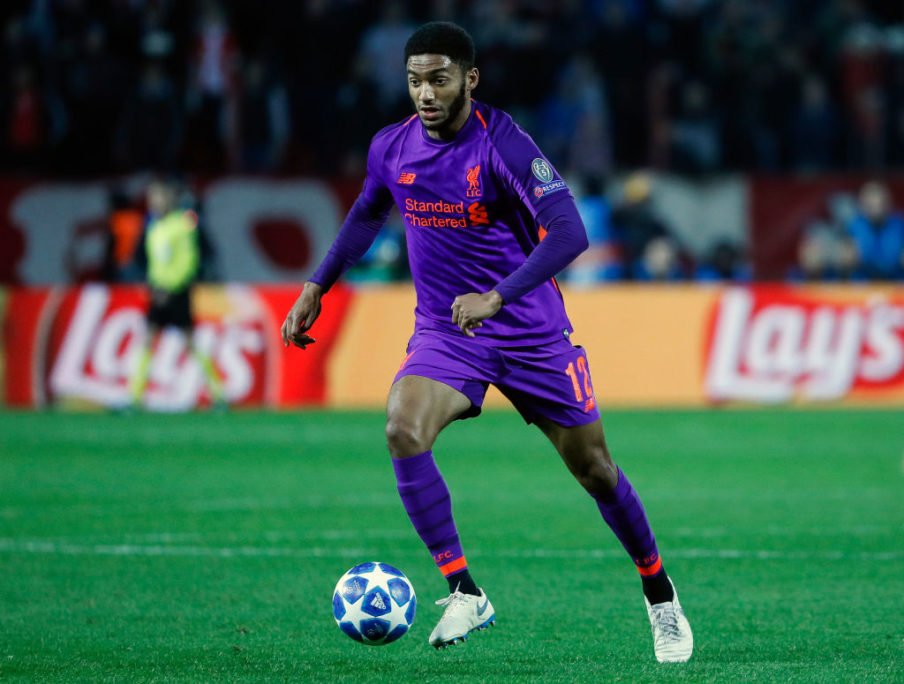 However, Klopp will be able to call on the young star, who’s shone alongside Virgil van Dijk this season.

Liverpool will be looking to get back to winning ways against Fulham, after their 2-0 defeat in Serbia.

They are still unbeaten in the Premier League, and sit two points behind Manchester City at the top.

Joe Gomez has won 15 tackles in the Premier League so far this season; Jordan Henderson and Naby Keita have both won 12 each. Andrew Robertson leads the way at Liverpool having won 23 in the league.