Liverpool have opened contract talks with Joe Gomez following his excellent start to the new season.

The young Englishman still has four years remaining on the deal he signed in 2017, but could be in line for a further extension after his brilliant form this season.

Instead of signing of new central defensive partner for Virgil van Dijk, Jurgen Klopp picked Gomez at the start of the 2018/19 campaign, and the former Charlton star has not let him down. 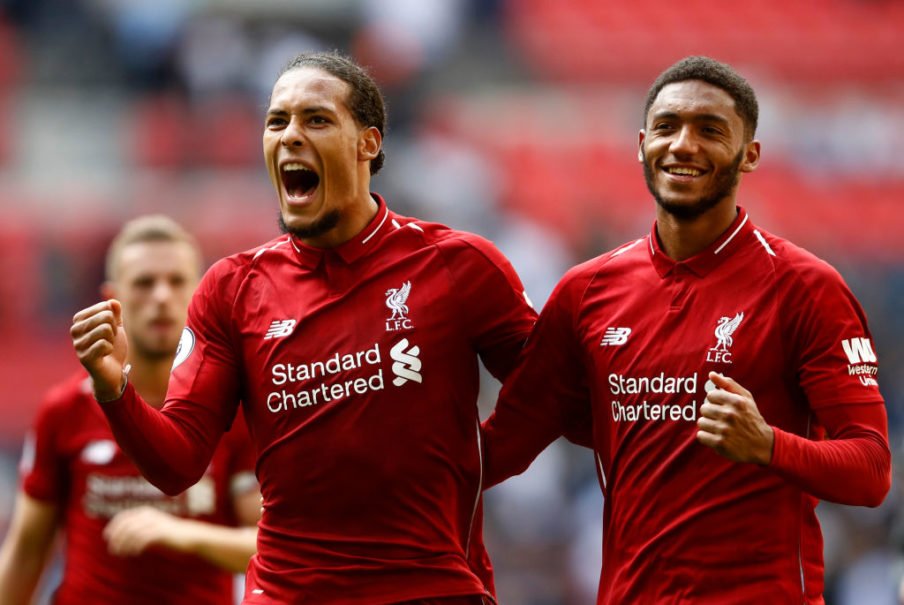 His early season form has seen him nail down a starting berth at the heart of Liverpool’s defence, and earned him another senior England call-up.

After yet another impressive performance in the Champions League on Wednesday night during the Reds’ comfortable 4-0 victory over Red Star Belgrade, news of his potential new deal was reported by the Guardian.

The central defender has made 9 appearances in the Premier League this season, winning 15 tackles and making 12 interceptions.

His performances alongside the club’s record signing, Van Dijk, have led to the Kop creating a song for him, and it now appears, a much improved contract to tie him down at Anfield for a few more years is also in the works.

Joe Gomez won 8/9 aerial duels vs Red Star Belgrade – more than any other player on the pitch.